Hello everybody! 🙂 Today I’m talking to you from my garden As you can see, it’s all improvised My mic is here I didn’t really know how to set it up here I think it won’t be a video of the greatest quality, but I wanted to introduce you to my new puppy If you can hear the snoring in the background, it’s her You have probably seen her pictures in the community tab on my channel Those are pictures from the day I brought her home She’s an alaskan malamute puppy And she’s 7 weeks old, so she’s really little That’s why she sleeps a lot I’m going to take her in my lap, so that you can see her Here she is This is Maggie She’s all sleepy now, poor baby She’s black and white And she has a white mark on her forehead Well, this is not her forehead, but she has another one on her forehead 😀 This one is in between her shoulders But as I said…. Sorry I got her when she was 6 weeks old The standard time to take puppies to their new homes is when they are 8 weeks But the breeder is pretty experienced with dogs He used to train army dogs And he brought up quite a few dogs And his uncle works in the same field He seemed like he really knows what he’s doing Don’t chew on the zipper And I have to say I do think that the puppies were ready to move to their new homes Because she got comfortable here really fast I tried to be with her 24/7 at first, so that she felt safe Now she’s completely fine But she grows so fast Don’t even think about chewing the cables Every morning she seems bigger than the day before I’ve always wanted an alaskan malamute or a husky Her father is purebreed But her mother just came to the breeder years ago, so they kept her Vets can’t agree whether she is purebreed or not But I don’t care about that She sees everything as a chew toy But it doesn’t hurt She’s very gntle A bike just passed by You have to agree that she is cute I know that every dog owner says that his dog is the cutest I don’t want to be like that but… Behave, girl The tip of her tail is white, so adorable Her ears should stand up in a few weeks But she’s still so little I tried to teach her to sit She understood quite quickly But my sleeve has become a real chew toy, as you can see I think she’s getting ready to sleep again In the rest of the video I’ll try to make some relaxing sounds with her toys She really loves stuffed animals I found some from my childhood I found a monkey with long arms, legs and tail She really loves to play with that one But I didn’t bring it here, it’s lying over there I have this rope though It has the same purpose as the monkey All of these toys are good for their teeth She likes this one because it’s quite small, so she can carry it easily Yesterday she was running around with it and falling down, it was quite funny But this doesn’t make any good sounds The next one isn’t unwrapped yet It’s another chew toy In the shape of a bone It seems too big for her But maybe it’s just my feeling It’s made in Italy And it was recommended to me by a shop assistant in the store for animals… Petshop… I forgot the word for a moment If you can hear the clicking, it’s her playing with that rope And last but not least…This kong toy You have probably heard of Kong toys These toys mentally stimulate puppies/dogs You can put biscuits inside And your dog has to figure out how to get them out This pink bone is for puppies It’s softer and smaller than the usual kong toys And this kept her entertained he first few nights These toys are very popular and I get why Thank you for watching, from both me and Maggie Have a great day

It’s important to be aware of the symptoms of cannabis poisoning in your dog. If they start to behave differently and show lack of coordination or distress you need to take things seriously. #tips #cannabis #dogs #vet 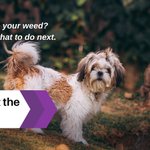 2 week old Labradoodle/Toy poodle fur baby. Any ideas on how his coat will turn out? via /r/labradoodles https://t.co/lSVnTfzqbE #labradoodle #puppy #dogs 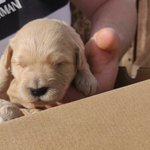 Six Signs That A Cat Or Dog May Be Stressed https://t.co/8mCl4UZ4xW via @YouTube #cats #dogs