[♪ INTRO] If you were looking for the perfect place
to live in the 1950s, you couldn’t do much better than Minamata in southern Japan. It’s surrounded by mountains, right next
to the ocean, and there are hot springs just up the road. It was basically a paradise. Plus, if you were looking for work, and fishing
wasn’t your thing, there was a giant chemical manufacturing plant: the Chisso Corporation. So you had employment, idyllic scenery, and
endless amounts of seafood. Minamata was perfect. Except for the cats. One day, locals started noticing the cats
were acting weird. And it turns out, in the least shocking plot
twist ever, that the chemical manufacturing
company was responsible. About 30 years earlier, the Chisso Corporation
had started making a chemical called acetaldehyde, a super important precursor to things like
acetic acid and some plastics. The most efficient way of making acetaldehyde
at the time used a particular catalyst, a thing to kick start the reactions. And unfortunately for the unsuspecting residents
of Minamata, the Chisso Corporation decided to use mercury and then dump the leftovers
from the reaction into the bay. We’ve known for a long time that mercury
is one of the nastier elements on the periodic table, which is why we don’t use it so much
anymore, although you can still find it in old thermometers or batteries. Eating plain mercury doesn’t actually cause
too many problems. Like, it’s not great, so don’t just do it, but your gut doesn’t absorb too much of the metal. The Chisso Corporation wasn’t dumping elemental
mercury, though. It wasn’t pure, metallic mercury. Heavy metals, which are elements that are
mostly in the middle section of the periodic table, can lose electrons to form positively-charged
ions. When mercury does this, it forms what chemists
call inorganic mercury. And it’s the ions with a positive charge
of 1 or 2 that really cause problems. Hat makers in the 1800s, for example,
used a compound called mercuric nitrate to make felt for their hats. Workers would spend hours
every day inhaling mercury fumes and the effects were not super awesome. Most would have severe personality changes,
hallucinations, and uncontrollable shaking. In fact, that is where the Mad Hatter in Alice
in Wonderland came from. And the Chisso Corporation
in Minamata was dumping similarly toxic kinds of mercury into the water. But the cats weren’t just inhaling fumes. It was worse than that.
So much worse than that. And all because of a bunch of anaerobic bacteria
living in the Minamata bay. Instead of using oxygen as their main source
of energy, anaerobic bacteria use sulphur. And they’re not too picky about the quality
of the water they’re living in or the ions that might be floating around in it. When the bacteria came into contact with the
extra inorganic mercury at Minamata, they transformed it into the most poisonous form
of the metal: methylmercury, which is a carbon attached to a mercury
with a single positive charge. Inorganic and organic compounds don’t tend
to want to mix; they’re sort of like oil and water. So when the original mercury ions were floating
around all by themselves, the plants on the floor of the bay
basically ignored them. But the methylmercury produced
by the bacteria was bioavailable, meaning that the plants were able to absorb it. And methylmercury is especially poisonous
for humans and other animals because unlike elemental mercury, it is almost entirely absorbed
in the gut. Here’s where it gets bad. Once methylmercury is in, it doesn’t leave. And these mercury-laced plants were being
eaten by fish. The more the fish ate, the more methylmercury
they accumulated in their cells. So the larger they grew, the more deadly they
became. And, of course, the biggest source of food
for the cats of Minamata was fish. In the early 1950s, locals started seeing
what looked like the cats dancing, which sounds kind of funny but was actually horrible. They would jerk around uncontrollably, making
terrifying noises. And then they would die. Around 1956, the human residents of Minamata
started experiencing the same symptoms. They started flooding hospitals with numbness
in their hands and feet, high fever, uncontrollable flailing,
and loss of sight and hearing. A lot of them ended up losing consciousness
and dying. Doctors and researchers launched an investigation
into what they started calling Minamata Disease, and by 1959, they had found the cause: methylmercury
poisoning from fish. But they couldn’t figure out why it was
causing severe birth defects. There’s a membrane called the placental
barrier that’s supposed to stop really terrible things like mercury from getting through to
the fetus. We now know that methylmercury gets through
by disguising itself as a super important component of proteins — the essential amino
acid methionine. When it gets inside the body, methylmercury
binds to a different amino acid, called cysteine. And to your cells, the cysteine-methylmercury
combo looks pretty much exactly like methionine. The thing about methionine is that it’s
really easily absorbed across the almost-impenetrable placental barrier, as well as the similar
barrier that’s supposed to protect the brain. By 1962, researchers had proved that the chemical
processes used by the Chisso factory could cause the methylmercury poisoning. But it wasn’t until 1968, 12 years after
the first victims died, that the Chisso Corporation stopped dumping the factory’s wastewater
into the bay. The government started
cleaning up the bay in 1977, and by 1997 the water was considered safe. But it’ll be a long time before people
start thinking of Minamata as a perfect paradise again. Thanks for watching this episode of SciShow. For more on some of the worst
environmental disasters ever, you can check out our video on seven of
the most toxic sites in the US. [♪ OUTRO]

Worries wash away better with a dog in the hoouse.
#StayAtHome 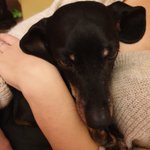 Have you noticed black spots or patches on your dog's skin? 🤔 Learn all about these mysterious spots and what causes them in this helpful guide from PetsJoyee 🐶https://t.co/K66cJPHiqD #DogHealth #Dogs 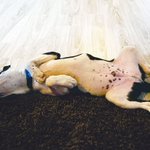 Suki has got it right. It's one of 'those' June days. #dogs #cosy #rainyday 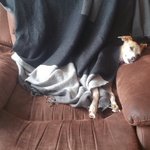 I keep laughing, won't you let me go out?🤣🤣
#ZSHQ #Puppies #dogs #dogslife