I’m Julia Szabo, also known as a Pet Reporter,
and I am the “Living with Dogs” columnist for dogster.com. I’ve actually written 6 books and I’m hard
at work on my next one. It will be about about dogs — that’s as much
as I can say right now. I love dogs and I think nobody’s life is complete
without one. So I’m here to tell you about a variety of
different dogs breeds that might suit your lifestyle. I hope you’ll adopt one soon. The French bulldog is an adorable little companion. So adorable in fact, that there are French
bulldog meet-up groups literally in every city in America, pretty much. And these people take their dogs, and their
dog’s social lives, so very seriously. They love getting together and just celebrating
every aspect of having, and living with, and loving a French bulldog. They’re a classic example of what’s called
in Latin “multim in parvo”. That’s a big, sort of, dog fancier’s term
which really means “a big dog in a small package”. I think that’s probably the secret to the
popularity of the French bulldog; is that it is a small dog but it’s a tough little
dog. It’s built like a mini-Mack truck, and has
a wide chest and a certain tough bully stance. And they’re so sweet and cute. The only thing you have to remember with a
French bulldog is that they have what’s called a brachycephalic conformation, which means
they have a short pushed in face. And you know, that’s exactly why we find them
so cute, because they look like little bats, or little froggies. But that conformation actually makes it hard
for them to breath in very high temperatures. SO if it gets really hot outside in the summer,
you want to be sure to have air-conditioning for your Frenchie. You want to maybe not take her out at the
high-point of the day when it’s like, 1 p.m. and, you know, 110 degrees Fahrenheit in the
shade. So just a few considerations for Frenchie,
and you can have just years of fun with this little clown. 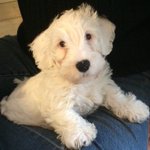 12 thoughts on “Pros & Cons of a French Bulldog | Dog Breeds”